Supercell, the creator of Clash of Clans has done it again. Yes, hold on as this big news is really going to shake you off. They have developed another exciting game which you can play with other players as well. This new game is named “Brawl Stars” and you are reading this article so chances are very high that you must be aware of this game and want to download this game for your Android/iOS smartphone. Hold on! Brawl Stars is a combat action game specially designed for mobile users. You will be able to play it in multiplayer mode with your friends where you will have to shoot or attack others in order to win the fight.

In this article, we will share all the features of Brawl Stars game, it’s working APK file and a step by step tutorial on how you can install Brawl Star Apk in your Android phone.

As far as we know about the game, it comes with four different modes. The first one is obviously the bounty mode where one team will have to win by collecting the stars or the bounties of other teams. The team that ends up with the highest number of stars wins the game. The second mode is called ‘Smash and Grab’. Here, the teams will fight each other in order to collect crystal stars. The first team to collect ten crystal stars wins the game.

In Heist mode or the third gaming mode of Brawl stars, you will have to save yourself from the attacks of the other teams. Lastly, the Showdown mode is there and it is basically a battle royale. Here, all the ten players will be put in a slowly shrinking battle arena. The last one to stand in the arena wins the game.

So far, everything sounds highly interesting. Also, there are several rounds, dozens of characters, bonus points and much more. As soon as the game launches, gather your friends; download the game and have fun with them. The game is available for free to download and play. Although there will be few items which you may have to purchase but that totally depends on your discretion. You can surely choose to ignore the buyable items (or you can hack also do it for free using Game Killer app if you have a rooted Android phone).

The features of Brawl Stars become more intense as you reach the depth of the game. After reaching a certain depth, you will be able to collect more points, elixirs; chips for unlocking brawler items and several other things very easily without giving much effort. The game will also allow you to create groups with other players in your team so that you can share plans, battle strategies as well as techniques. But most importantly, you will be able to play this game in single as well as in multiplayer mode. Thus, we cannot deny the fact that a truly amazing shooting game is coming to every mobile platform very soon.

Want to know some exciting features of Brawl Stars Game? Well, have a good look:

How To Download & Install Brawl Stars Apk In Your Android Phone?

Note – It will work in few countries only where Supercell team has officially released this game.

So bookmark this page to get latest updates about Brawl Stars apk. Don’t forget to share this article with your friends who are still looking for Brawl Stars Apk. 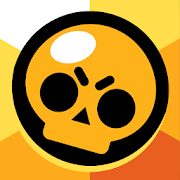 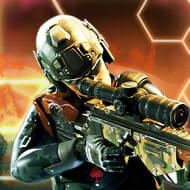 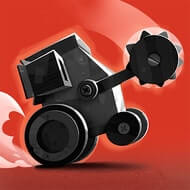 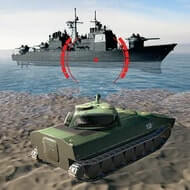