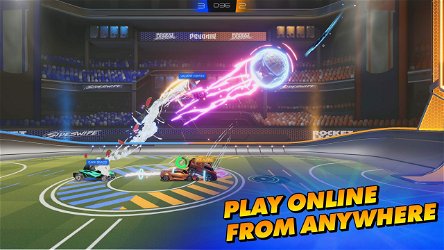 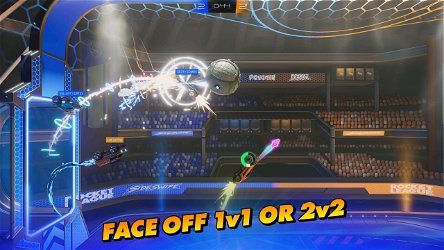 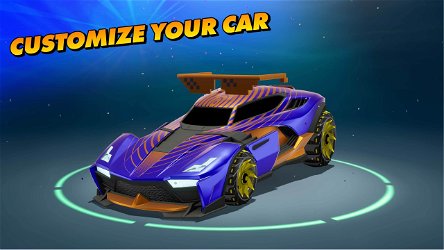 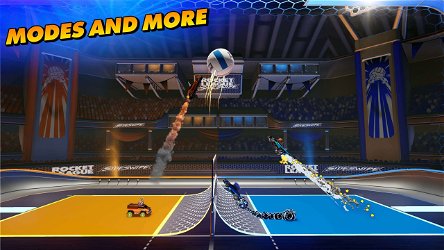 When you combine Car driving and football, you make an excellent combination. If you are a car and football lover, then you will find joy in playing Rocket League Sideswipe for Android. Rocket League is one of the biggest games for PC, which has been played by millions of people over the last few years. You can spot it on Twitch as one of the games with the largest streaming viewers base. The same game is now available for Android and you will love playing it on your device. Just take your car in this game and play football with random players online.

Just like any other football match, you have to take the ball and throw it in the opponent’s net. The matches are simple and quick, which take only two minutes. The only catch here is that you have to use the cars and play with other players to win the matches. It’s very unique and addictive gameplay, which makes it easier than ever to spend your free time with full enthusiasm.

Rocket League Sideswipe is a very interesting game, as it comes with the online multiplayer mode. If you are the one willing to play with real people, then the online multiplayer mode is an excellent option. With the 1V1 and 2V2 matches, you can play the game with random people from all around the world and have fun. Don’t worry, the game matches you with people that have the same skill level as yours.

Car driving and Football, you might think the game controls are weird and not easy to use. But that’s false, as Rocket League for Android comes with super simple control. There are only three main controls, which are used to control the car for playing this game. With these controls, you can perform freestyle stunts with ease. Even the novice can quickly learn the controls and become a master at the gameplay. You can even adjust the location of the on-screen control to make it easier for you to play the game.

It is very easy to customize the cars in this game. It doesn’t matter which car you choose, everything is customizable. The entire car body, wheels, decals and many other internal things are customizable as per your needs. You can do anything as per your liking in this game to improve the looks of the car and performance while you are trying to score a goal against the opponent.

Just like the special events in the other games, you get to enjoy the Seasons in Rocket League Sideswipe. The Seasons are nothing but special events with additional rewards than your regular rewards. The seasons help you play with more fun and also have unique rewards to unlock. You can rank faster in-game and have the rewards unlocked for your needs. The seasons in Rocket League have different rewards to unlock.

You may also like Dream League Soccer & eFootball PES 2023.

How to Install Rocket League Sideswipe APK on your Android Device?

This amazing game is available for free on the Google Play Store. With the Rocket League Sideswipe game APK file, you can install it easily. In this section, you will find the direct download link for the same and also the exact installation procedure which will help you with the installation process.

How to Install Rocket League Sideswipe on your Android smartphone?

Yes. In the Multiplayer online mode, you can choose to have 1V1 battles with random people from all over the world.

#2 – How much space does Rocket League Sideswipe consume?

After complete installation, this game can consume nearly 2GB of Internal storage space.

#3 – Can we play Rocket League Sideswipe on a 4GB RAM Smartphone?

Yes. We can easily play the Rocket League sideswipe game on a smartphone with 4GB of RAM without any issues.

It’s a very unique experience to play PC games on a smartphone. With the developers choosing to launch the mobile optimized versions of the PC games, no one can be left out of the gaming experience. Just like PUBG, the Rocket League Sideswipe APK helps you to enjoy the PC game on your smartphone. In this post, we tried our best to share detailed information about this game. If you are facing any issues, make sure to use the comment section.